Hey everyone, had a great chat there with Dr. Steve Katsikas about the phenomenology of ibogaine from the perspective of addiction treatment. There were so many things I learned from speaking with him. For example, he first heard of ibogaine in 2015 from a friend addicted to opioids that went to an ibogaine therapy clinic in Mexico, returned, and told Steve about his experience. Then the researcher in Steve got curious. He helped create an ibogaine research group at Spalding University where he, his colleagues, and graduate students read up on the substance. Two years later, they published a paper in the Journal of Psychoactive Drugs outlining what they had found from gathering questionnaire data from people who had used ibogaine in the past and in an addiction treatment context.

I could have kept that conversation going for a long time; I love talking about this substance called iboga, but unfortunately for me and you, Steve had another meeting. The following are my afterthoughts-analysis of our conversation. 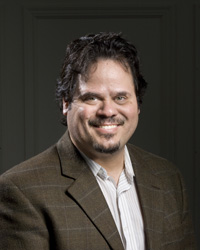 Point 1: Steve, considering you’re a psychologist looking into the phenomenology of iboga/ibogaine experiences, I recommend you look into Amadeo Giorgi’s phenomenological psychology method. Giorgi’s (2009) book, The Descriptive Phenomenological Method in Psychology: A Modified Husserlian Approach, gives a good explanation of Husserlian phenomenology before he explains how he adapts Husserl’s philosophy for a psychological research audience. The main thing Giorgi’s method does is get transcripts of interviews from his study participants about a particular phenomenon. The participants are expected to be phenomenology-naïve, that is, they shouldn’t know anything about how to do phenomenology since the researcher is the one supposed to go through participants’ texts and perform the phenomenological reduction to extrapolate the “meaning units” present in the text in order to do the analysis. Dr. Steve: considering you’ve now done a questionnaire-based study inspired by Dittrich’s (1998) 5d-ASC survey, I suggest you apply Giorgi’s method to go deeper into participants’ responses in addition to narrowing down which aspect of the iboga experience you want more data on. For my part, I want to know more about visionary phenomena; in your case, since you’ll likely be funded by some organization that’s going to ask what your study’s utility is and how it benefits society, i.e. why the hell should this study be funded, I recommend a Rick Strassman approach. As I’m sure you’re know, Strassman (2001) got funding and permission from the U.S. government in the 1990s to investigate the physiological effects of DMT. What he found was so profound, unrelated to physiology, that he had to end the study. In this vein, it might be interesting for you and your future team to get funding based on the premise of adding to the physiological data already known about iboga with some psychology on the side. This is a study that would surely get funded just as Strassman’s did. Maybe revisit his book to find out how he navigated our bureaucracy of funding and permits.

Point 2: I figured he wouldn’t have known about Schenberg et al’s (2017) study conducted in Brazil. Isn’t that fascinating that more or less the exact same study was happening at the same time in different countries regarding the phenomenology of ibogaine users in the context of addiction treatment? Blows my mind. But, and more importantly, it shows that ibogaine users had similar experiences, that users in each study corroborate each other’s experiences. This is so interesting. Note, however, that Steve and his colleagues did not give ibogaine to their participants and relied on questionnaire data, while Schenberg et al (2017) actually gave their participants doses of ibogaine and then performed an Interpretive Phenomenological Analysis on transcribed participants’ interviews. Yes; amazing; both studies!

Point 3: One of my questions was whether he was going to do a another ibogaine study, either a follow-up of the same study or with another research focus. He answered (in another question I asked) yes, that he wants to do this, perhaps as a sabbatical. Please do; we need more research in this more or less unknown field of iboga/ibogaine/psychedelic research.

Point 4: One of my last questions was this: “Was your research in any way personal for you, Dr. Heink, or Dr. Lange-Altman? Meaning, do either of you personally know someone who has taken ibogaine for an addiction treatment?” He answered my only “why” question at the very beginning of our talk, which I thought was really cool because he personalized/humanized his research and our conversation from the get-go.

Point 5: I asked this question that I want to reiterate here because I think it’s important: “Your study and Schenberg et al’s 2017 study both look at iboga’s phenomenology in the context of addiction treatment. How do you think the phenomenology of the experience would differ with “healthy normals’” experiences?” It’s a tough one to answer. How would the phenomenology of opioid addicts’ experiences differ from people who take iboga neither for physical nor mental therapeutic reasons, to get more well, so to speak? With that said, I mention in our conversation that I confirm from my own experiences of TA extract flood doses that which opioid addicts taking iboga experienced. Really fascinating. In fact, when I read that 46% of Dr. Steve’s participants reported experiencing a “television screen,” it took my breath away because I experience the same on nearly every iboga experience I’ve undergone, and remember, I read this after undergoing my own experiences.

Point 6: I didn’t have time to ask Steve about his musical interests. I read in an online interview, Spalding school chairman shines a light on Louisville’s behavioral health needs, that he’s a member of a Pink Floyd cover band (Me: I approve) and the member of an original band called “Grackle.” I would have asked Steve his opinion about traditional Bwiti music, how nuts it sounds, how frenetic and nerve-wracking it is, but, as I’ll discuss in some later writings, how fitting it is that that music would be paired with traditional iboga ceremonies. The music represents, in my opinion, the nervousness of the iboga substance; the jumpiness, the staccato-esque nature of iboga’s effect on one’s body and mind. Steve, please listen to some of this music and then let me know what you think.

I’ll end with a final point, one that Steve brought up surrounding iboga: we should think about the legislation and scheduling laws that currently stains talk and research of this phenomenal substance, whether for addiction interruption or spiritual growth or whatever your reason. At the end of the day, iboga/ibogaine affords a very particular, unique experience that is available to all humans. We shouldn’t look away from such experiences but face them head on, simply to know for knowing’s sake. As well, we know from those who have taken iboga before us that there are health risks, but these can be mitigated and screened for. As academics, we must be allowed to investigate this substance under scientific scrutiny and protocols to know what the hell this plant does to our consciousness and body. I repeat: how and what in the hell does this plant do to our consciousness?! The stream of new iboga research has been relatively slow in the last decades; let us begin to change the current so that we may understand this plant, its essence, and its place in the co-shaping of humanity.

Thanks Steve for coming on the podcast to discuss ibogaine phenomenology and I’m waiting for updates regarding your next study.

Steve said he’s reachable on Facebook if you search for “Steve Katsikas PhD” or “Ibogaine Experiences Research Group,” or you can send him an email.

Dittrich, A. (1998). The Standardized Psychometric Assessment of Altered States of Consciousness (ASCs) in Humans. Pharmacopsychiatry, 31(S 2), 80-84.

Heink, A., Katsikas, S., & Lange-Altman, T. (2017). Examination of the Phenomenology of the Ibogaine Treatment Experience: Role of Altered States of Consciousness and Psychedelic Experiences. Journal of Psychoactive Drugs, 49(3), 201-208.