It was great to speak with Tricia again! I’ve heard her speak on a range of topics before, but never for so long on the topic of supervising and caretaking of iboga experiencers. What an education that was, so much insight about what looking after and holding space for experiencers entails. One of the things we discussed in a previous conversation, one of the things I assured her of, was that she was free to not comment or comment as much as she could about a particular question. The reason for this is because she has gone through intensive and extensive training to become a Bwiti shaman, which means that some knowledge about her/their traditions cannot be spoken of or given away unless you are also initiated into the religion. One of the reasons this knowledge is coveted is because the untrained person using specific practices would probably do more harm than good to themselves and others. I’m grateful for the information and knowledge she shared with us considering the depth and breadth of her experience. 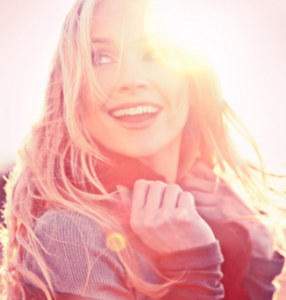 Some of the highlights and takeaways from our conversation were:

Point 1: I didn’t know this before when she said that in general if you’re going to Gabon for a ceremony, you’re going for an initiation into the Bwiti religion, or, you go to Gabon to train to become a shaman in one of the many traditions; if you’re taking iboga at a Western-style retreat in Latin America or somewhere in Europe, where many of them are located, you’re going for psycho-spiritual work or addiction therapy. The businessman in me (my first bachelor’s degree was in international business) is asking: why aren’t the Bwiti tapping the psycho-spiritual or addiction interruption market? Why not get in on that market?! Gabon could host traditional Bwiti initiations in the villages, allowing a select, screened group to be initiated, and then have centers in the major cities for psycho-spiritual work and addiction interruption. With that said, now after looking into the topic a bit more, I think the reason you don’t have many of these just-mentioned retreats, that is, these non-initiatory retreats in Gabon, is probably because there’s not enough accessible “public domain” iboga to go around and likely many retreats around the world get their iboga from black market sources. I wonder how the Bwiti feel about promoting iboga for purposes other than their religious, ceremonial rites.

Point 2: According to Tricia, the death rate among iboga users are much higher for people undergoing addiction interruption therapy. This makes sense to me, considering they are going through withdrawals, they probably have taken poor care of their body, they may have a weak mind, all that which they want to repair and become whole again, to be strong once again. I think if you do your homework, learn the risks, you’re with a team of qualified professionals looking after your every move and need, then, you’ll likely be fine taking a flood dose of iboga. It’s still a tough experience; however, knowing that everything else is covered and you did as much as you could do to look into the risks diminishes your chances of becoming a fatal statistic.

Point 3: There was a point I realized the moment after I said it, regarding the devil’s advocate question I asked her about the low number of deaths. The skeptic’s point I wanted to make was this: if there are so few reported iboga deaths, then, why should one take all these precautions so seriously, and why can’t one take iboga alone or with an untrained “trip sitter”? See Point 2 above and I recommend listen to the podcast. Just because there are not many deaths, doesn’t mean that those are all of the iboga deaths reported. Further, I imagine some of the reported deaths are due to people not taking the proper precautions, issues about which Tricia and I speak. The reasons are obvious why you should take as many precautions as possible. Don’t be brave, don’t be adventurous, iboga is one of the most serious substances in the world that you can put into your body.

Point 4: One of the most important topics, I believe, that came out of our conversation, to the point where I changed the title of the podcast episode was this: the phrase “trip sitter” should not be applied to iboga. Trip sitting has an amateurish connotation. If we are to take this substance and the experience it elicits seriously, we should refer to those who look after experiencers as shamans or guides, or caretakers at the very least. For me, the word “shaman” signifies an individual that has been initiated into a time-honored tradition that has created a kind of science around the experience, before, during, and after, that ensure certain things happen, like, decreasing your chances of dying or navigating the experience. The word “guide” signifies an individual that is not initiated but has received some training from shamans or has much experience in retreat settings and is trained in other Western protocols, such as CPR, medical supervision, pharmaceutical knowledge, etc. The reason I take Tricia’s comments so seriously is because she has both: she is a Bwiti shaman, trained in neoshamanic practices, knows many things about Western medical practices in addition to the research she conducts when writing her books. (NOTE: she is not a doctor; she works with a doctor while performing iboga ceremonies.)

Point 5: Something I would like to know more about is the “life contract” Ann Shulgin speaks of. I find the concept fascinating because I’ve never been offered to leave my body permanently by an ancestor or another iboga entity. Additionally, I have never been to a retreat where the shaman or guide said anything about this. As Tricia said, this might be important to consider for suicidal and elderly people, since both have an increased risk when it comes to iboga and possible death.

Thank you Tricia for coming on the Iboganautics podcast and sharing some of your knowledge with us about responsible supervision and caretaking of iboga experiencers.

You can find Tricia Eastman at the links below . . .

Ancestral Heart: “Dedicated to the preservation and deeper understanding of ancient ritual and indigenous wisdom.”

Eastman, Tricia (article): Iboga Preparation Guide – How to Get the Most From Your Healing Ceremony.