#75 My first guest appearance on a podcast with Morten Nygård

#75 My first guest appearance on a podcast with Morten Nygård

Thank you to Morten Nygård for inviting me to speak on his podcast, Bevissthetspoden – in search of consciousness. Morten’s podcast’s focus is about all things consciousness. While his method in studying consciousness is through meditation, in fact, a very specific method entailing nine distinct energies stemming from ancient Egyptian spiritual practices, he invited me on the podcast to understand a bit about my method: psychedelics, and specifically, iboga.

Meditation and psychedelics have a big thing in common, that is, consciousness. While meditators quiet their ego and mind usually through meditative breathwork, psychedelics probably lie on the opposite end of the spectrum, exciting or amplifying ego, mind, perception, and consciousness. Morten said multiple times after speaking with me—a normal, sane, and academically trained person—his opinions about psychedelics changed. I hope his listeners feel the same way. We, collectively speaking, should be open to modify our conceptions about psychedelics and realize that not all psychedelic users are junkies or take psychedelics because they need healing or therapy. Some people, like me, take psychedelics to study their psychosomatic effects, and such people unsurprisingly don’t fit the preconceived, stereotypical notions of “drug user.” How can we pass judgement on others if we haven’t walked in their shoes, or put differently, to not have taken the substances they have taken, to not have tried their consciousness alteration methods? 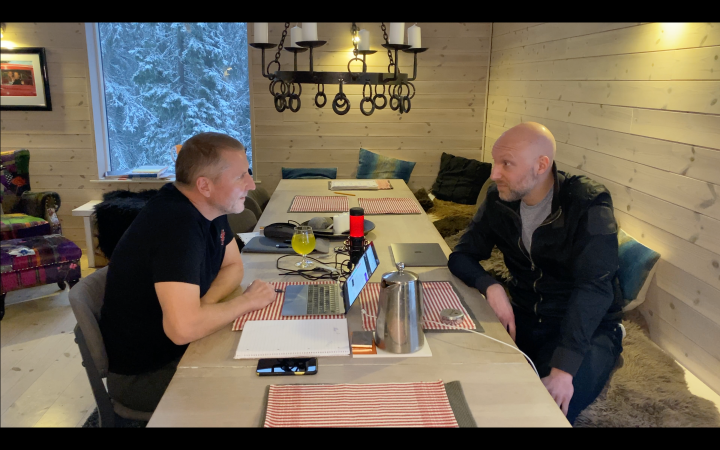 Being Norwegian and thus catering to Norwegians, I applaud Morten for stepping out of his comfort zone in having me on his podcast. No offense to Norway as a population including Scandinavia as a whole in my opinion from my experience, but, compared to other countries you’re a bit behind the curve when it comes to thinking about drug use. This comes partly because people see what drugs (e.g. heroin) do to people. Many Scandinavians still think cannabis is a hard drug O_o Also, Norwegian and Swedish laws in particular represent how much they value a “nanny state” system when it comes to alcohol. In Oslo, for example, you can’t buy beers at the supermarket after 20:00 during the week, after 18:00 on Saturday, and nowhere on Sunday (except for bars and restaurants). Norway and Sweden also manage tightly controlled monopolies on high-alcohol-percentage products (strong beer, wine, and liquor), again, in Oslo, closing at 18:00 during the week, at 14:00 on Saturday, and closed on Sunday.

I have confidence, however, in Norway and their neighbors because they will begin to realize the many benefits that psychedelics bring to the people who need them most and to those wanting to explore their own minds. As the United States and the European Union begin the legalization process of cannabis, other countries will follow suit, and, considering cannabis was/is called a “gateway drug,” I think it’ll now be considered the “gateway legalization drug” leading to other substances becoming legal or decriminalized in the near and distant future.

As for the podcast, it was a great experience, and now I know what it feels like to be a guest. I think hosting my own podcast helped with the nervousness, but I still heard some ums and ahs from myself, which I would normally edit out in preparing my own audio. Apart from not being able to edit out my own nervoso-linguistic tendencies tied specifically to oration, for the most part I felt pretty chill and I appreciated the interesting questions for Morten’s part. I remember being in Morten’s shoes, a psychedelic virgin. I remember asking the same questions: what was it like, how did you feel, what is the scariest thing that happened? Psychedelics definitely afford a transcendent experience. To where? No one really knows. Do psychedelics and other consciousness alteration means take you to the same place? Perhaps. While each method and substance open up a distinct dimension to experience, surely there are overlaps. I wonder, then, is the mere alteration of mind/consciousness the definitive shared characteristic irrespective of the details? Probably. But it is “in the details” that I’m most curious about, like traveling through a computer-simulated fractal going ever deeper into the phenomenon, of which the details distinguish different drug-induced phenomena apart from each other.