Just hung up with Andrés of Qualia Research Institute (QRI) and QualiaComputing.com. I’m just so impressed about how much thought he and his colleagues put into documenting psychedelic-induced tracer phenomena. Isn’t it obvious; they built a freakin’ computer program as a tool for psychonauts to contribute their subjective experience data! This is wonderful. This is the future. As many of you are aware, in addition to my deep interest in iboga I’m also very much interested in psychedelic technology. As I told Andrés during our conversation, I research the philosophy of psychedelic technology while he puts psychedelic technology into practice; although, after reading some articles on his blog and speaking with him for over an hour, it’s apparent that he too philosophizes about matters pertaining to mind and consciousness. 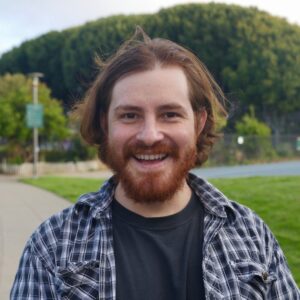 In today’s episode, we spoke about psychedelic tracers in general, iboga tracers, and QRI’s Tracer Replication Tool (Wu et al, 2020). Tracers are a curious, sort of, epiphenomenon in that they are one of many qualia that are associated with psychedelic states. Iboga tracers in particular are directly related to iboga ingestion, however, they feel like a kind of bonus quale, piggybacking on the drawn out and multifaceted experience that iboga occasions. For me, iboga tracers remind me that I’m not out of the woods yet. The tracers are an add-on or bonus feature of the experience, and even with that said, they intrigue me as a separate experience in and of itself. I can’t figure out what their purpose is or what they’re capable of doing, that is, what their utility is or what (exactly) causes them.

I can’t believe no one had thought about making a tracer replication tool before. It is only (ok, mainly) by gathering lots of user experience data (preferably anonymized data) we can objectively say that a particular drug has these effects and so on. Just as Big Data companies gather enormous amounts of data to infer consumer purchasing habits and other decision-making processes, we (as in researchers) will need as much user reported data as possible across the spectrum of substances and across the spectrum of phenomenological potential of said substances to figure out what’s going on and why. I wonder what percentage of the cohort is necessary to say for certain some substance effectuates such and such phenomena and how? Let’s not worry ourselves with that information, let’s just contribute the first sets of data and QRI sorts it out for us. As Andrés says in his article, Modelling Psychedelic Tracers with QRI’s Psychophysics Toolkit: The Tracer Replication Tool (Gomez Emilsson, 2020), “rational psychonauts” ask him for tasks or things to test and QRI obliges. QRI is definitely not promoting drug use, but I agree with what Andrés wrote, that is, if people are going to take these substances anyway, why not gather some information along the way in a safe, responsible, and sensible manner? Andrés said the Tracer Replication Tool is the first such psychedelic tool (they have created) to quantify subjective psychedelic experiences. I want to know what tool is next and see how I can help them in any way that I can, especially since I doubt there are many people who take iboga to understand iboga, like myself, not for psycho-spiritual reasons but for phenomenological and technological reasons.

If we had more time, I would have wanted to know the following unused questions and thoughts I prepared in my show notes:

Dubois & VanRullen (2011, 3) speak about “motion streak suppression” as “an inhibitory mechanism allowing the brain to regulate the smear that a moving object leaves in its wake, owing to visible persistence (an image normally takes about 100 ms [milliseconds] to fade from perception, long enough to blur the trajectory of a moving object as in a long-exposure photograph).” I would have liked to know what Andrés thinks about motion streak suppression from his computational psychology background. If we analogize the brain as a computer, how do the hardware (body) and software (mind, consciousness) smooth out moving images for us, the experiencers? Since the process is so seamless for the majority of us, the computations needed for smoothing out must be extremely advanced. Also, I want to know more about sober palinopsia (bad) and psychedelic-induced tracers (good or benign). Why is one bad and the other good/neutral? Is choice a factor, meaning, if tracers just come when I’m not expecting or wanting them, then presumably they could be perceived as bad; if I, on the other hand, choose to take a psychedelic and know that tracers are part of the package, part of the potentiality of the experience, then, I’m choosing to invite this phenomenon into my perceptual experience.

Regarding motion streak suppression, I wonder if pupil dilation is related in any way. My pupils are normal in sober conditions, but when I’ve experimented with a variety of different substances (not at the same time), and many of them tracer-producing, my pupils dilate, therefore, is there a causal explanation for tracers due to pupil dilation? It’s as if dilated pupils are taking in more visual sensory stimuli and cannot keep up with the automatic, evolutionarily baked in motion streak suppression system, and thus the malfunction or anomaly occurs so long as the substance is in the body. I can’t put my finger on it, but I think pupil dilation has something to do with psychedelic tracers in some way, has some role to play.

Andrés speaks in his article about the frequencies of drugs. I would have liked to know how we measure these frequencies, what, when measured, these frequencies tell us, and what is the relation between frequency and visionary phenomena or subjective feeling?

Lastly, I would have liked to pick Andrés’s brain for his opinion about something I believe wholeheartedly: that consciousness alteration by whatever means is the key to understanding consciousness proper through a reverse engineering process. In other words, it is by perturbing consciousness wherein we can study the difference between the two extreme states (sober and altered) and the range of states in between. Altered states of consciousness are strange and sometimes scary and truly unknown for each person and each experience. That doesn’t mean we should disallow willing individuals to do just this, especially when they do it to understand what happens to their consciousness and are willing to contribute personal data to projects like the Tracer Replication Tool.

Thank you Andrés for an invigorating and instructive conversation and I would like to invite you on the podcast again to teach us about QRI’s next exciting subjective psychedelic experience testing tool. Good luck with the research!

You can find Andrés Gómez Emilsson at the links below . . .