#88 ep3.6_Psychedelic Phenomenology or What Is It Like to Be a Psychedelic Plant?_Michael Marder

#88 ep3.6_Psychedelic Phenomenology or What Is It Like to Be a Psychedelic Plant?_Michael Marder

Dr. Michael Marder and I just ended our conversation about plant phenomenology, or, what it is like to be a plant from a plant’s perspective. Difficult to know, nevertheless an exercise in pushing the boundaries of our current theoretical models and as phenomenologists would say, a sort of imaginative variation to explore what it could be like. As some readers and listeners of the podcast will know by now, I’m interested in the phenomenology of the psychedelic/iboga experience. Similarly, I value Michael’s perspective and insight on plant phenomenology from the plant’s perspective. We cannot nor should not impose anthropomorphized explanations upon plant life and experience. I say at the beginning of our conversation that many concepts sprang to my mind, concerned with non-anthropocentric or nonhuman perspectives. Humans are undoubtedly biased to see the world through human eyes and assume that nonhuman others perceive the same world with our kind of perception and interpret the world with our kind of consciousness. It’s incorrect to assume this because each organism will experience the world differently based on its unique senses, its body shape, its body’s capabilities (e.g., ability to run quickly, fly, swim), etc. I appreciate this most about Michael’s work, at least from the texts I have read until now. My interest is definitely piqued. I want to dig deeper into his “phytophenomenology”; I know exactly when and for what project I shall read and likely apply his concepts of plant life. 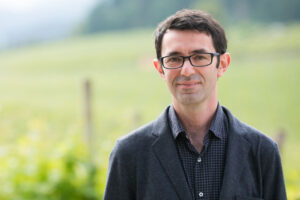 I had SO many questions prepared, so many left unasked. I won’t discuss them here because I intend to ask them to guests in upcoming podcast seasons. There is something about philosophy, or maybe my personality, that generates lots of questions and few answers. But it’s fun to speculate and I appreciate Michael coming on the podcast to draw upon his years of knowledge on plant phenomenology to speculate on a very specific branch of the plant kingdom: psychedelics. I forgot to ask him off air whether he had ever tried psychedelics before, and even if he said yes, I would not disclose it here. But I wonder how much of his experience with mind-altering plant substances, if at all, may have influenced his thinking, and to what degree he thinks psychedelics could if he consumed them. Hmm.

Another behind-the-scenes thought I shall share with you is that our first recording date didn’t happen because of technical difficulties. And what a blessing that was. In the first week of February, I was going to speak with Michael prior to speaking with Dr. Felix Krengel. Thankfully, retrospectively speaking, Michael and I had technical difficulties because it was only after speaking with Felix that I found out that environmental stress leads to plant defense mechanisms called alkaloids. I knew what alkaloids were as a name or placeholder for something psychoactive but didn’t know about their defense mechanism origin. Ibogaine is the chief acting alkaloid in the Tabernanthe iboga plant, among many other minor alkaloids that share the same chemical structure. After speaking with Felix, I realized that T. iboga makes these alkaloids first and foremost to defend itself against predation by herbivores, insects, and other plants, which allowed me to ask Michael the difficult ethical question whether we humans should eat a plant’s byproduct caused by environmental stressors. It’s a tough question, still bothering me, because I feel bad for the T. iboga plant to be in a stressed-out state, but at the same time its alkaloids produce the most amazing visionary and cognitive states I have ever experienced on or off psychedelics. You see, I’m a bit torn when it comes to consuming this plant’s biological products. And as Michael said during our conversation, I’m now also upset that my fruits and vegetables, the ones likely grown in 24-hour lit greenhouses, also experience stress since it’s unnatural for them to be in 24-hour light.

Part of my fascination and sympathy toward Michael’s work relates to my own confirmation bias or perhaps filter bubble pertaining to the adoption of and necessity for thinking non-anthropocentrically in researching psychedelic-induced visionary states and phenomena. I argue for de-anthropomorphized and non-anthropocentric approaches in Chapter 2.2.4 of my master’s thesis. It’s something I think about often since in order to understand the nonhuman Other, we must “bracket” our “natural attitude” of our world to experience Other Worlds and otherworldly phenomena with new eyes to see and embrace heretofore unexperienced states of awe from which to wonder and reflect upon. Phenomenology isn’t spent yet, that is to say, there are many more human experiences affording deep phenomenological reflection. My point is: we have a pretty good idea about the human perspective of lived experienced phenomena after thousands of years of civilization, especially of the last 400 years in the context of European philosophy; what is needed to explore nonhuman/nonphysical beings and non-ordinary phenomena henceforth is first a curiosity and willingness to do so, and second a (phenomenological) framework through which to filter experiences of the Other. I’m feeling inspired and pumped for the years to come. I can’t wait to share with all of you what is in my mind and perhaps outside of it.

Thanks again Michael for coming on the podcast and inspiring us to think outside of our taken-for-granted lifeworld.