Okay, yes, yet another amazing conversation. Thank you Dr. Felix Krengel for coming on the podcast to explain to us biology and chemistry lay people what iboga botany is about, from the difference between primary and secondary plant metabolites, the difference between a plant family, plant genus, and plant species to how this information relates to extraction of desired alkaloids. I learned so much from our conversation. 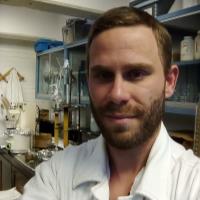 One of the points that really stuck out for me was learning that alkaloids are defensive mechanisms created by plants to ward off pathogens and threats to the plant’s existence. These threats might be herbivores, insects, humans, other plants. So essentially, when one puts iboga into their body, one is willingly eating a defense mechanism (at this point, the plant failed to deter you); however, after one’s first iboga experience it’s possible that the Tabernanthe iboga plant convinced you not to consume its still-living family members in the future. Interesting. Humans have defense mechanisms too; we craft deterrents such as firewalls, knives, guns, tanks, bombs, intercontinental ballistic missiles (ICBMs) for the really threatening types. I want to know how big of a deterrent is Tabernanthe iboga’s alkaloids to the human? Are they comparable to just a knife or an ICBM to the human’s physiological, cognitive and perceptual faculties? Compared to the toxicity of other hallucinogens, I would say iboga’s defense mechanisms and the effects they unleash upon the human organism is in the ICBM class. Iboga/ibogaine is highly toxic, mainly cardiotoxic, and is neurotoxic to rodents (our mammalian cousins). Visionarily speaking, iboga alkaloids can be toxic as well because you might do something while on iboga that you would not have done in a sober state. You might radically change something about yourself (for the worse; addiction interruption would be an example for the best) or have an idea that leads you down a destructive or unhealthy path. The next time you take iboga or any iboga-type alkaloid, regardless where they come from and regardless of plant species, think of that plant sending an ICBM to your mind as a final goodbye to its life. Actually, don’t think about that, you’ll probably have a bad trip, nevertheless it’s thought-provoking to think of these plants and their defense mechanisms in these terms.

Also, I was really pleased when Felix answered in his opinion whether we should be eating these plant alkaloids. Short answer: No. I asked Kenneth L. Koch the same question in episode 2.6 against his background of gastroenterology. Asking Felix with a background in biological sciences such as botany, organic chemistry, plant biology, the same question got a definite negative reply. Keep in mind his answer was biologically informed, not socioculturally; of course, much evidence suggests ibogaine is efficacious in helping people overcome their addictions.

Another thought I just had is this: What things can we do to Tabernanthe iboga in the wild to make them produce these desired, defensive alkaloids? First, I think we should aim to understand what the biological and environmental factors are that stimulate the production of these alkaloids in the first place. Once known, we can then environmentally engineer (read: stress out) these plants to produce more ibogaine and accompanying minor alkaloids. The reason I wonder all of this is because if we can somehow increase the amount of ibogan-type alkaloids a single plant can produce, we’ll need fewer plants to produce more alkaloid amounts and as a result to help more people that want to take this substance for whatever reason. I can already see the emails from plant ethicists in my inbox, arguing who knows what about the treatment of plants. To be clear, I respect plant life, not as much as human life, but all in all, I respect life full stop. I don’t think we should be cruel to plants and animals for no reason, but I’m just brainstorming here as you witness where my mind takes me down this particular stream of consciousness. How can we coax or “nudge” (e.g., see: Thaler & Sunstein, 2008) plants to work better with us for our needs? Yes, I know, I’m aware of my anthropocentric bent here, but I still wonder what us humans would need to do for the plant to make the deal a fair deal. Let’s say these plants make alkaloids to defend from ants, for example, but these plants also seem to really like a particular temperature and luminosity (measured in lux). Perhaps we can give them things they want in order to flourish and have a good life while at the same time we increase the pathogens in their environment, which actually makes them stronger and more defensive and more able to protect themselves, and then these types of plant species can be naturally bred to create a super potent species of ibogan-type-alkaloid-producing plants. There must be a way to harmonize plant and human needs in a symbiotic relationship wherein both parties benefit.

I think this might be one of the weirder articles I’ve written on this blog. We must think up crazy ideas to engineer the kinds of results we want. As I constantly remind myself and friends, we are limited only by our own creativity. There is a way; we just have to find it. Thanks again Felix for coming on the podcast and explaining this very interesting and complicated material to listeners and me.