Ok, whoa, just give me a sec, need to collect myself. That was awesome! I’ve never spoken with a gastroenterologist before, especially in the context of the highly purgative psychedelic substance that is iboga. 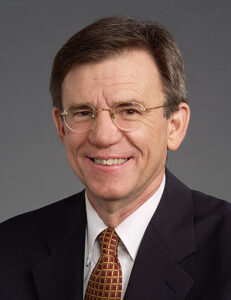 As I said in the episode, Dr. Ken melted my head from the preliminary chat we had weeks before our recording. As obvious as it might be to you, it never occurred to me that psychedelics and motion sickness could be tied. The beginning of my amazement started when he told me about “optokinetic nystagmus” (see also: Koch, 2017, p. 2-6), whereby a moving drum with black and white stripes spins around a subject causing his/her eyes to twitch to the point of becoming nauseous, vomiting and even having loose stool. That said, psychedelics also produce this same kind of motion. What intrigues me about iboga-induced visionary phenomena is that they are so clear, like watching 4K television, thus one forgets that they took a psychedelic, that they are on a “trip.” Also intriguing are the similarities between motion sickness induced by cars, trains, and airplanes, that is to say, the body isn’t moving but you are moving, i.e. lack of much proprioception, at least physical movement. But iboga induces strong visual movements with eyes opened and closed, in addition to auditory perception, so even though you’re lying down, you could still feel like you’re moving. And Ken said when most of us aren’t sure whether we’re moving or not, e.g. one is drunk or using VR goggles, we feel the need to lie down to ground ourselves. Anyone who has ever taken iboga knows that most of the days-long experience is done lying down; however, even while lying down, especially on the first night, the flood dose night, experiencers must vomit and lying down while putting one foot on the ground such as when drunk does not help reduce feelings of nausea.

This leads me to my second point: I’ve never vomited while on most psychedelics; ayahuasca and iboga being the only exceptions. There are two likely reasons for this: (1) motion sickness, discussed above, and (2) ayahuasca and iboga carry a fibrous punch to the gut. There is so much fiber, wood, or condensed plant product that is ultimately too much to handle for the stomach. Additionally, it doesn’t make sense to eat wood. Ken said termites like wood. I wonder how their digestive systems differ from ours that would allow them to not only like eating wood but how they digest it. Humans, on the other hand, aren’t built for gnawing on raw wood products; roots, when cooked or cured—perhaps. I get this feeling there’s something unnatural from eating something obscured from perception. Iboga entices with its beautiful yellow fruits, “eat these” it says, but no, we go for its parts that are hidden from us under the ground. Just because the root bark itself is underground doesn’t mean all things under the ground’s surface are bad. We eat potatoes and other root vegetables, but still, there is something about iboga that makes me think we shouldn’t be consuming it, or at least, it is something that we shouldn’t be doing all too often.

One thing I didn’t have time to ask, in addition to not knowing too much about it, is the idea of the Bwiti consuming a vomitif prior to iboga ingestion to clean out and prepare the stomach for the iboga (Tricia Eastman told me about this in a private conversation). What’s in this vomitif? Why do indigenous iboga users consume this concoction? Does it clean the GI tract; the stomach; does it allow for more absorption of iboga by the stomach; does it prevent vomiting; is it beneficial to either slow or fast metabolizers?

I liked Ken’s comments regarding much of modern medicine coming from plants and that many of these medicines have nauseous or vomitous side effects. This made me realize it’s not only ayahuasca or iboga that have purgative qualities. We must remember that even pharmaceuticals also share these relatively common effects with their psychedelic cousins. Some people will avoid specific psychedelics or psychedelics altogether for fear of nauseous or vomitous side effects. First, and according to Ken, many drugs whether natural or synthetic have these potential side effects too, depending on the person. Second, when it comes to substances such as ayahuasca and iboga, vomiting just seems to be one of those things you have to do to get to “the other side,” for its medicinal or journeying effects to work on your mind.

Ken brought up the point why nausea and vomiting are connected: why isn’t nausea connected to headache or backpain instead. What is it about nausea that induces vomiting? That’s a good question and I defer to his best guesses on the matter. One thing is sure: they are connected. One thing I didn’t ask him but would like to know is: does the sight or smell of vomit induce nausea?, which I suppose might induce more vomiting. The part when he spoke of gastric juices and acids caught my attention. He said that the stomach makes these 24/7, so the first vomit after iboga ingestion is likely more than just juices and acids, but also includes food stuffs, liquids or some kinds of residues. It’s a bit jarring to think that my second, third, and sometimes fourth vomits are pure gastric juice and acid, and sometimes bile.

It was great to have Ken’s gastroenterological knowledge and my first-hand iboga experiences converge into a stimulating conversation. I wonder what academic research could be done on the gastroenterology of iboga. What studies will future GI specialists do to discover the effects of iboga on the stomach? What would they discover: ways to increase iboga absorption; the specifics of preferred gut health prior to iboga experiences; how to best repair the gut with nutrition, foods, and liquids after experiences; how iboga affects the gut—brain axis and vice versa? Do some psychedelics affect the gut more than the brain and vice versa? It seems to me that this branch of GI is unchartered territory just as much of psychedelic research is today. I can’t wait for some of Ken’s students to become psychedelic gastroenterologists.

Thank you very much Ken for bridging the vomiting gap for us iboganauts.

Heink, A., Katsikas, S., & Lange-Altman, T. (2017). Examination of the Phenomenology of the Ibogaine Treatment Experience: Role of Altered States of Consciousness and Psychedelic Experiences. Journal of Psychoactive Drugs, 49(3), 201-208.

Shanon, B. (2002). The Antipodes of the Mind: Charting the Phenomenology of the Ayahuasca Experience. Oxford University Press.