Interesting chat with Joaquín today! We spoke about many topics related to iboga-induced sleep deprivation. One of the things we spoke about was his and his colleagues’ recent paper (González et al, 2018) about the effects of low and high doses of ibogaine in rats. 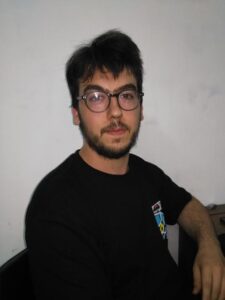 One of the first things I asked Joaquín was how a substance like ibogaine can suppress sleep yet simultaneously produce “oneirogenic” or dream-like experiences. He said that ibogaine produces a kind of enhanced wakefulness state and that this state is somehow related to gamma waves in the brain. I’m going to be super critical here, not against Joaquín and his colleagues but about the commonly used term oneirogen/oneirogenic and dream-like qualities of iboga: for me, the term “dream-like” indicates a state of consciousness that is similar to a dream but not quite a dream, hence it likeness. But likeness of one thing is not exactly like the thing to which it refers. I believe even the Bwiti refer to iboga’s visionary experience as dream-like, and perhaps this is where Western academics got this term from to describe iboga-induced states. If iboga is not exactly like a dream, then what is it? Dreams seem to be the closest thing to which we can metaphorize it because we know what dreams are both experientially and neuro-scientifically, but might iboga experiences be in a class of its own? Don’t get me wrong; I like the dream angle of investigation; let’s see what we can discover by comparing iboga to dream states. However, might iboga produce states of consciousness that are not dreams but rather some kind of experience that manifests the mind is complex and unique ways beyond our current comprehension? Might iboga give us access to our own minds like a bridge, or, iboga might allow access to other dimensions that fall outside of visible light? Those dimensions might reside within our minds, within our brains, within iboga itself, or, but not limited to, objective dimensions of reality that are usually out of reach except when one ingests iboga. All of the above is high speculation. In trying to understand what and how iboga is and does, I think all possible options no matter how far-fetched must be on the table, like picking up and examining scattered puzzle pieces, looking for grooves that interlock with the grooves of other pieces.

Second, I would like to know more about the possible connection between iboga’s tremorgenic effects and seizures. Are tremors like mini seizures? Do ibogaine-caused tremors taper off when ibogaine converts into its active metabolite, noribogaine, which then leads to seizures somehow with the help of sleep deprivation? Who knows; we haven’t done the research yet. There are so many possible avenues to explore how seizures happen during iboga experiences. Researchers will have to look at metabolism, metabolomics, lack of sufficient nutrition to the brain, muscles, and other parts of the body (e.g. vitamins and minerals found in food, however, one doesn’t eat much during or after an iboga experience), serotonin syndrome (however, as I found out during our conversation that iboga affects serotonin transporters more than the serotonin receptors themselves), seizure-prone individuals, etc., etc.

Third, a question I’ve been wondering for a while is whether iboga’s visionary experience is caused by a retarded metabolism because of sleep deprivation. In other words, does sleep deprivation slow down one’s metabolism? Please someone, make this study happen, we need to know! Joaquín hypothesized the possibility that depriving oneself of sleep could slow down metabolism that would therefore slow down the clearance of substances (including ibogaine/noribogaine) from the brain. Human beings evolved on this planet in accordance with their planet’s cycle around its sun. One’s circadian cycle is positively connected to intermittent periods of daylight and nighttime. After spending the whole day out and about in lit conditions, the body eventually needs to sleep in order to make repairs. How can the body and all its trillions of cells go about in a business-as-usual manner if it cannot get to sleep and thus cannot clean out the brain of foreign (albeit voluntarily ingested) chemical agents?

Fourth, Joaquín mentioned Carhart-Harris’s entropic brain theory which partly says that psychedelics, psychosis, and REM sleep states are primary states of consciousness and might all be related or very similar. I don’t know enough of the neuroscience to say whether psychedelics, psychosis, and REM sleep are all states of psychosis. My own personal opinion is that psychedelics do not produce psychotic experiences, except for psychedelics that elicit sleep deprivation (there is enough research on sleep deprivation that suggests lack of sleep does produce varying states of psychosis). I think we as a society should think twice about conceptualizing psychosis as a bad thing, as Joaquín hinted. If the psychotic individual doesn’t know or doesn’t mind that s/he is in a psychotic state, then, the idea of thinking negatively about psychosis stems from how we feel in the presence of people who are either permanently or temporarily inhabiting states of psychosis. Temporary bouts of psychosis might have enormous learning and growing potential for individuals who enter into these states whatever their motive.

As for my own research interests, I would love to participate in research that examines the sleep deprivation effects of iboga. Whenever I take iboga, I’m awake anyway for days, so why not hook me up to polysomnographic machine(s) so we can learn more about these states. I’m convinced this will happen one day, with me as participant or someone else, but Western society is not ready for this kind of study on human participants, even at the beginning of the psychedelic renaissance climate in which we find ourselves today. But we’re close, very close.

Thank you Joaquín for fielding some tough and interesting questions. We (humans; especially scientists) have so much more research to do. I’m very excited for the coming decades, what new devices will be built to understand the human body and mind, and the insights about to be discovered in the process.

You can find Joaquín González at the links below . . .

Peters, B. (2020, August 13). What Is Sleep Architecture? The Cyclical Pattern of Sleep Impacted by Age and Disorders. Retrieved August 19, 2020, from https://www.verywellhealth.com/what-is-sleep-architecture-3014823