That was a great conversation Tibor! Less than a year ago, all I knew about iboga/ibogaine/noribogaine toxicity was that it lowered blood pressure and did something to the heart. After researching for our episode and speaking with you about Ruud and yours research, I have a better idea what iboga users, including iboga researchers like me, are up against. There are a number of points I want to highlight that I found useful. 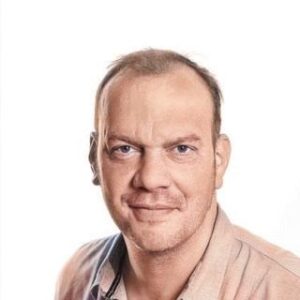 Point 1: In addition to Tibor’s crash course explanations on QT prolongation, torsades de pointes, and ibogaine’s and noribogaine’s affinity to specific receptors and neurotransmitters, I learned that the GABA neurotransmitter is like the “policeman that quiets the riot” in the brain, according to Tibor. I take melatonin after my iboga experiences to help me fall asleep, but taking a GABA supplement and perhaps CBD oil (with no THC; see Tricia Eastman’s article below) would also help calm the brain and mind, so one can relax more easily.

Point 2: Yes, we know from the academic literature that iboga does elicit cardiotoxic effects, but one thing Tibor made me realize today is that so far we don’t know whether iboga has inherent plasma-toxic effects. When I asked him about Purkinje cells in the brain, he reminded us that Purkinje degeneration is shown in rats’ brains after ibogaine administration. The rat’s and the human’s brains aren’t so dissimilar; therefore, we can infer that maybe there are neurotoxic effects related to human Purkinje cells in addition to yet-discovered other toxic effects. Indeed, I can say with certainty that scientists are only scratching the surface of what iboga is capable of, and I believe there could exist more unknown iboga-induced toxic effects elsewhere in the body. A final note about the unknown: unfortunately, someone or some persons will die from taking ibogaine because a precaution wasn’t taken. The point I make is that sometimes we don’t know of a chemical’s lethal effect until it has happened. For example, all of our bodies are different, some of us take medications or supplements to keep us healthy, etc., so we don’t know yet all the possible lethal, toxic, and beneficial combinations and scenarios iboga can induce. No matter how prepared one can be, there always lurks a fatal scenario/combination that was previously unknown and that is out of our control. This consideration adds yet another piece to iboga’s highly toxic and lethal puzzle.

Point 3: IMPORTANT REGARDING WOMEN: I didn’t know that women are 2-3 times more prone to natural, nondrug-induced heart irregularities (e.g. QT prolongation; torsades de pointes) than men (see: Kao & Furbee, 2005, p. 1136; Kallergis et al, 2012, p. 4). The suggested reason for this is because men develop higher levels of testosterone and at a younger age, and more testosterone means they have more potassium channels. More potassium channels in turn suggests that “sex hormones modulate repolarization” of channels that flow blood into the heart to be pumped (Kallergis et al, 2012). It seems that ibogaine puts stress on these potassium channels, hence, these channels and likely others twist around themselves (like pinching off a garden hose) preventing blood flow to the heart. Further, Tibor said that estrogen protects against cardiovascular disease, but when women hit menopause, they lose this protective function because their estrogen levels drop. Attention: you might want to think twice about taking iboga is you’re a post-menopausal woman.

Point 4: Never before had I thought about the concept of being a slow or fast metabolizer; it just never crossed my mind. There are manifold implications surrounding this. Metabolization speed of substances can affect everything from heart rhythm and ibogaine-affected neurons to, perhaps, visionary phenomena. We know that in rats ibogaine is 30 times more concentrated in brain tissue and 100 times more concentrated in fat tissue than found in blood concentration (Hough et al, 1996). The inability to process iboga’s alkaloids in a timely or average manner could mean death for some slow metabolizers. How am I supposed to get checked out whether I’m a slow or fast metabolizer and how much will this lab test cost me? These are things we need to know, and I believe society should make these tests more available and affordable.

Point 5: polyrhythms: I won’t spend too much time on this because we’ll discuss polyrhythms in a future season/episode; however, I found the comment by Maas & Strubelt (2006) to be of interest regarding playing polyrhythmic music in the 3-day period after iboga flood dose ingestion. One of the reasons for playing polyrhythmic music, according to Maas & Strubelt (2006), is to stabilize the heart so “frightening stimuli” do not negatively impact the person. Initially, I thought this was to stabilize one’s response to frightening visionary phenomena, but Tibor made me realize that the stimulus could be anything from the outside world that could startle the iboga experiencer, such as a crying baby, a loud noise, etc., and then I said perhaps polyrhythmic sounds shape the content of one’s visionary experience. That would be a fascinating discovery if such a claim were true. Like everything else concerning iboga research, this too will have to be looked into.

Thank you Tibor for coming on Iboganautics and sharing your thoughts about this pharmacological anomaly and its toxic effects. A final note: I didn’t find your paper too critical, perhaps because I find reading critical academic literature pleasurable.

Eastman, Tricia (article): Iboga Preparation Guide – How to Get the Most From Your Healing Ceremony.