Thank you Peter H. Addy for coming on the podcast! That was a great conversation. If you haven’t listened to the episode yet, I invite Peter, a clinical psychologist and researcher of Salvia divinorum, to discuss with me the overlaps between Salvia and iboga since they both share a common receptor agonist effect with the kappa opioid receptor. Ibogaine’s metabolite noribogaine, however, seems to have a greater agonizing effect than ibogaine. I find it interesting how alkaloids and their metabolites produce different physiological and thus cognitive effects.

Considering Salvia’s main acting molecule is salvinorin A, we know that Salvia has a limited number of functions compared to other psychedelics or psychoactive compounds. Ibogaine does multiple things to the body, and thus downstream to the mind, making it difficult to pinpoint which visionary effects stem from which receptor sites. With that said, I speculated there would be some subjective experience overlap between Salvia and iboga visionary states. For example, both substances share a very nervous, bouncy, jittery kind of energy. The music played by the Bwiti, the traditional iboga users from Gabon, play a type of mouth harp music that resembles or mirrors this felt energy from the plant. I wonder what kind of music Salvia-consuming Mazatec people play; is it as nerve-wracking as Bwiti music, might this be another overlap between the two experiences in an ethnomusicological sense? I think it’s important to consider the overall experience, particularly in traditional settings, since these peoples refined their practice for many hundreds or thousands of years, and so why would they choose to play that music during a specific drug-and-its-correlated-dosage experience? 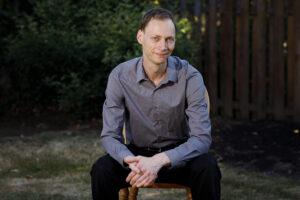 Other overlaps include auditory phenomena, such as hearing voices and sounds that are not present for sober individuals. Cartoon-like beings is another one since many iboga experiencers say exactly the same thing, visions of “cartoon-like” people, including me; I have seen some beings looking like cartoons, that is, they are (mostly) human-looking, but appear to be drawn by a cartoonist. Who then is the cartoonist? Or does this have something to do with the countless hours of cartoons I and others saw during our childhood? Do these substances revert us to a childlike mind, and therefore, operating within such a mindset, the substance portrays aspects of the Other World as cartoon-like? Are psychedelic-induced Other Worlds or some nonphysical reality like a cartoon, and us humans are merely crisper versions of that other place? Impossible to know, but interesting to ponder. Regarding the tactile phenomenological subtheme reported by Salvia experiencers, I too have been touched by iboga beings, and the one experience I had was so weird that I won’t recount it here. But it appears to be possible also while under the influence of iboga.

Not all psychedelics are the same; however, I think if we are to understand iboga experiences, we must begin to triangulate phenomenologies from other substances that share similar receptor site affinity, because we can infer that they should produce similar visionary effects, not in the what or content of experiences, but rather the how or context regarding how these visions present themselves to consciousness, i.e. their “givenness,” and how they unfold or manifest to the experiencer.

Also, I think it’s important to know what traditional people say about the psychedelics they use so we can compare their experiences with modern, Western interpretations of the same substance. I’m reminded of a study referenced by Claudio Naranjo (1969), wherein he says harmaline experiences were very similar for both traditional and modern users, from archetypes and religious symbolism to other factors, even though the indigenous and Western cohorts did not interact with each other.

I appreciate the siloed nature of academic research: niche research foci, filtering research questions and aims through the language of one’s own field, zeroing in on a particular drug within a particular field. The sky’s the limit, or rather the rabbit can continue down the path forever depending on the character traits of the researcher, their field, their substance. We live in a super-niche world, depending on each other for goods and services; likewise, I think researchers once in a while should branch into other fields and related drugs to make sense of their own questions and research drugs. What I just wrote is the essence of my short adventure in researching and producing Season 3 of the podcast: investigate similar and parallel phenomena between iboga and other drugs that share the same receptor site affinity and then to further speculate what it all means and how or if the dots connect. For this reason, I really appreciate Peter, with his expert knowledge on Salvia, mingling with me and my knowledge on iboga, a sort of cross-pollination of knowledge and experience with these two substances. I don’t think I asked Peter whether he had tried Salvia himself (I would assume so), but even if he hadn’t, he sat through so many study participant sessions. I think I’m just excited for this episode and the next one on ketamine because I don’t see other people making iboga connections with other substances (yet). In short, I’m happy that Peter and I produced a bit of content that will hopefully get people thinking about overlaps and what to interpret from them.

Thanks again Peter for the great conversation and for your academic contributions to this very strange and unique psychedelic substance. As you said during our conversation, “more research is needed.” Indeed.