Just had an excellent conversation with Dr. Lowan H. Stewart about ketamine, an NMDA antagonist. Like the previous episode with Dr. Addy about Salvia divinorum, a kappa opioid agonist, I wanted to understand some of the overlaps between ketamine’s and iboga’s neuroscience and phenomenology. If Salvia and iboga share a bouncy, jittery, and nervous kind of energy, ketamine and iboga share a feeling of dissociation from one’s body. Under the umbrella of hallucinogen drugs, ketamine is a dissociative that is psychedelic-like, while iboga is a psychedelic that is dissociative-like.

A first for me as the host of Iboganautics was experimenting with a drug for the first time, in this case ketamine, in my research and preparation for an episode. I wanted to understand firsthand what this substance did to my body and mind, in addition to have experiential knowledge about both ketamine and iboga since this was the topic of today’s conversation and since I assumed Lowan had never taken iboga before (I didn’t ask whether he had taken ketamine before). Further, I would never ask such a question while I’m recording with a guest; I think that would be rude. So, being the self-experimenting researcher that I am, I took ketamine, two small doses and a larger dose days before our recording so I could compare both ketamine and iboga states of consciousness. My analysis is that both are indeed dissociative, however, I believe iboga is probably more visual, even though I don’t know for sure because I didn’t take a large enough dose of ketamine multiple times to confidently make such an assessment. Lowan said that ketamine is more abstract and less narrative; iboga can be abstract at times, but from my experience the visions and narratives are explicit and clear.

Ketamine has never called out to me, and if it weren’t for our conversation today, I probably wouldn’t try ketamine. To be honest, ketamine kind of scares me from what I’ve heard people say about it, particularly about becoming detached or disconnected from one’s body. This reminds me of nondual states, which I have experienced slightly on DMT but definitely on 5-MeO-DMT. I didn’t enjoy the nondual state and from that experience onwards I avoid substances that elicit that kind of experience, or, I would try such a substance at a low dose and move up from there. Once I felt that a specific dosage of ketamine was enough, that is, on the brink of nonduality, I would not explore further. I was surprised how pleasant an experience ketamine was and I understand why people would use it to treat depression or addiction. There is a lot of promise with this drug to help literally millions of people. Lowan mentioned that in Norway, where he’s currently based, more people died of suicide than the corona virus. Ketamine probably doesn’t cure corona virus, but it could have potentially saved many of those 600 suicides. 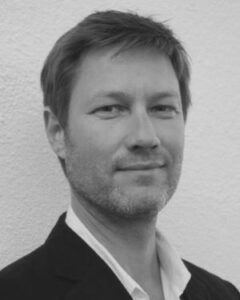 Regarding beings: Lowan said that most people report feeling a presence or energy of some intelligent being rather than actually seeing beings or entities. There appears to be no DMT elf equivalent in the ketamine space. This idea of a presence is interesting to me since I discuss this idea at length in my master’s thesis. Actually, I argue that the greatest fear of psychedelics for many individuals is this presence, and one only catches glimpses or to use H. P. Lovecraft’s terminology, the outline of the whole or a shadowy figure, as in one must strain to see the thing, to see it. I wish I had brought up Newcombe’s (2008) study during our conversation regarding a participant who reported experiencing “strange,” “intelligent,” and “disembodied” ketamine beings. It seems that an intelligent something or someone is there with the experiencer, but vague in its unconcealment of what or whom it is, since, as Lowan says, the ketamine experience is highly ineffable.

The ineffability of ketamine, DMT, 5-MeO, and other nonduality inducing substances deters me from working with these substances or high doses of them. How can I research the phenomenology of something to which I cannot even put words? Iboga is different; yes, the hours during the initial phase or flood dose is difficult to speak about, but it is very possible since I use a voice recorder to document my observations of visions and altered cognition as they happen. Surprisingly, they make sense when I transcribe them, and further, I’m thankful that I can take audio notes during the flood dose and later stages of the experience for these observations would likely be lost forever or trickled to me over vast stretches of time, and at risk of confabulation.

Thanks again Lowan for coming on the podcast and sharing your knowledge and providing insight about another NMDA antagonist such as ketamine to an iboga audience.