I just finished speaking with Dr. Surajit Sinha, iboga alkaloids expert, regarding all those other minor non-ibogaine alkaloids that don’t get nearly as much attention as ibogaine. For example, the Tabernanthe iboga plant species is known for its ibogaine content, the same alkaloid that scientists and users claim interrupts addiction to opioids. What isn’t spoken about so often is that T. iboga contains other alkaloids, albeit at lower concentrations compared to ibogaine. I’ve heard so much about ibogaine, ibogaine, ibogaine; yes, fantastic, ibogaine, I get it, I heard that story before. What about ibogaline, coronaridine, tabernanthine, etc.? What scientific and visionary significance do these compounds have that we could or should be looking at? Ibogaine can be effective on its own, in a vacuum, so to speak, without the help of its secondary or minor alkaloid cousins; however, since I research the visionary effects of iboga, particular total alkaloid extract, I want to learn about the entire orchestra of alkaloids rather than only one instrument. 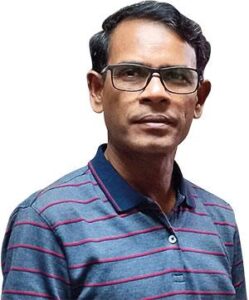 At times, I couldn’t follow what he was saying because his knowledge of organic chemistry is far superior to my own, in fact, mine is just above non-existent. He, on the other hand, is a teaching, research professor of this material. I’m grateful that he spoke with me and the Iboganautics audience, even though the material he touches upon is way beyond my knowledge, and probably yours as well. In order to have a better idea of what our instruments (i.e. iboga) do, I think it’s important to step out of our comfort zone to hear someone that investigates this substance at the molecular level. It seems to me Surajit is one of the best in the iboga research community. If you haven’t yet read, at least scanned, his 2011 paper, you will be as perplexed as I was when acquainting myself with the many kinds of iboga-type alkaloids and the 2D representations of what they looked like. My background is philosophy, so I’m way out of my comfort zone. Simply impressive.

A few thoughts about our conversation:

First, we learned that since publishing his paper in 2011 which outlined the roughly 80 known iboga-type alkaloids at the time, Surajit told us that another 40-45 alkaloids have been identified, bringing the total number of known iboga-type alkaloids to about 120-125. I wish I would have asked him how many of those 125 alkaloids he and his team had discovered. Not only which natural ones they discovered, but also which synthetic ones, if any, they synthesized. As evidenced by the discoveries of 18-MC and the recent discovery of “tabernanthalog” by David E. Olson’s lab (Cameron et al, 2021), scientists realize the potential of alkaloids sharing the ibogamine chemical structure as efficacious in treating addiction, but they seem to be also hunting for synthetic variants or congeners that don’t have as much toxicity as ibogaine. Tabernanthalog is the latest candidate; however, in stripping the toxic effects, they also had to throw out the visionary effects. Some people believe the visionary effects are partly responsible for ibogaine’s addiction interruption total package, that is to say, ibogaine does help in curing addiction but the visions also play a supplementary role in kicking addiction too. The verdict is still out, and we shall see in the years to come how effective tabernanthalog is in humans.

There are a couple of follow up questions I wish I had asked (I always think of questions to ask guests after we stop recording); for example, he mentioned that he and his team were the first to report of a pure analog of ibogaine. I wonder what this means exactly. Does it mean that they were the first to synthesize an iboga-type alkaloid, and if yes, does this synthetic alkaloid still have toxic effects, does it still have visionary effects, has it been tested yet on rodents?

I hope someone or some lab researches the minor iboga-type alkaloids in greater detail. This will be difficult, since as we spoke about investors and funding agencies wanting a return on their investments, how do you sell inductive scientific research, not knowing what you’ll find and how it can be monetized, IF you find anything at all. In this sense, organic chemistry research of iboga-type alkaloids might come from lay persons/users. It happened with Howard Lotsof. The now-mythical story goes something like this: Lotsof was addicted to heroin and he “scored” some ibogaine from a scientist friend. Not knowing what it was, he and his friends took it (probably thinking it would get them high) and he realized that his cravings for addictive substances ceased and he didn’t have any withdrawal symptoms. He knew from first-hand experience this was a substance that could help millions of drug addicts get off of drugs. With Lotsof’s story in mind, I predict that someone, somewhere will take some form of iboga product, discover something different about their body or mind, and thus a new discovery will be made about iboga’s utility that scientists can then test. I understand the funder’s perspective in wanting to bankroll projects that have a definite research aim with a definite or likely outcome. Again, I would tell them Lotsof’s story, reminding them that we need to do more pure scientific research, not on ibogaine since much research has already been done, but rather on the other minor alkaloids that are ingested together and metabolized in concert with ibogaine. Iboga alkaloids are so complex that there must be more hidden secrets scientists and phenomenologists can uncover.

Thanks again Surajit for the conversation and for your past and expected future contributions to iboga research, of which I can’t wait to read about in the journals. In sum, let’s focus more attention on iboga-type minor alkaloids; who knows what we’ll find!

See also (note: too advanced for me)