On Tuesday, October 25th, at 17:00, I gave my first lecture ever. I called it Iboga 101. It was at the University of Oslo. I designed the lecture for people completely naïve about iboga. It wasn’t a crash course per se, rather more of a crash lecture. Roughly 60-70 people showed up and roughly half of their hands went up when I asked how many knew nothing about this substance and experience. The lecture lasted about an hour followed by 20 minutes of questions and answers. About a dozen of us continued the conversation at a pub in town. I enjoyed that part of the evening too—it was nice to talk about this subject over a pint of stout or two. 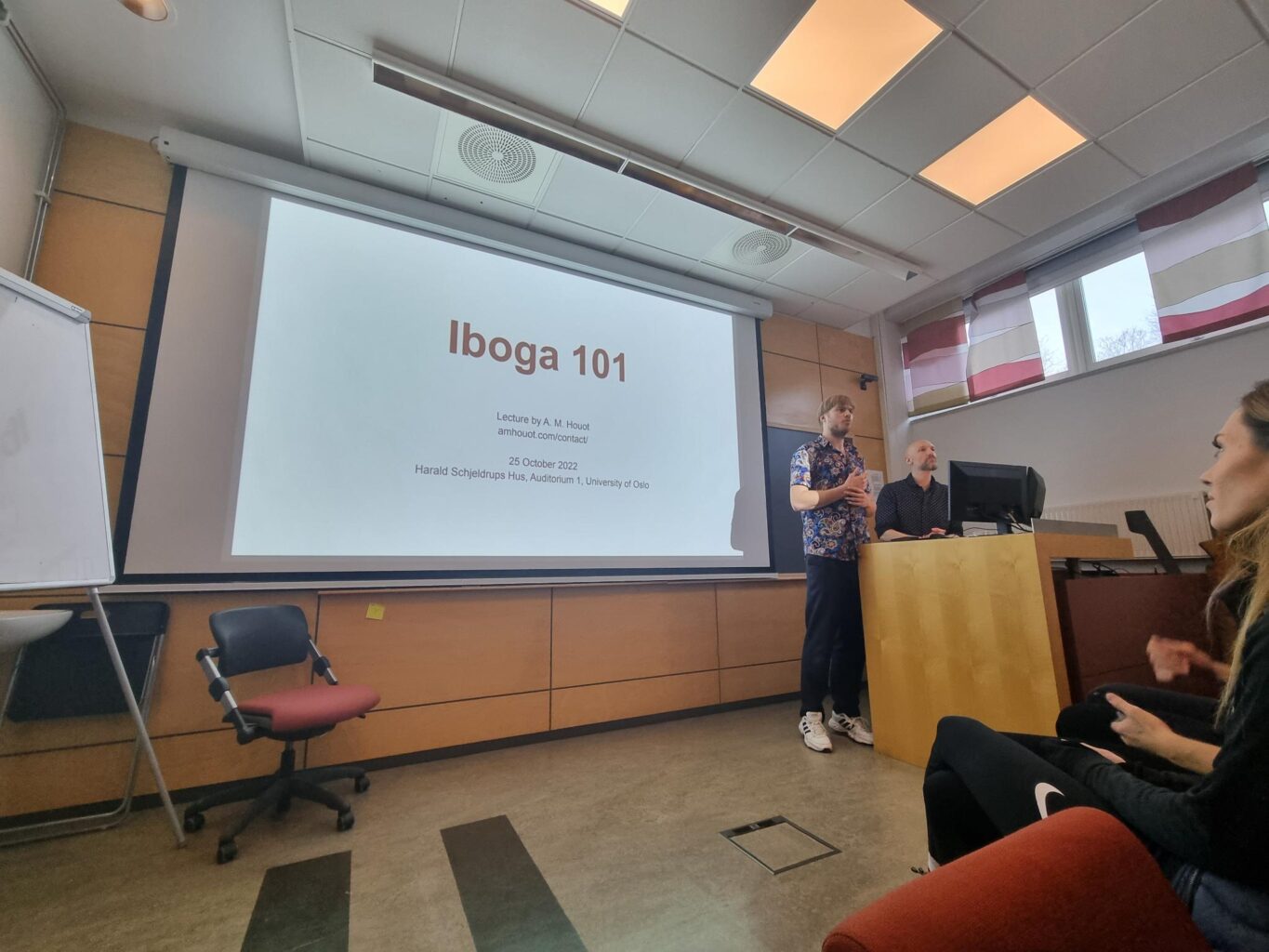 I started the lecture by intentionally putting death threats into people’s minds. I do not mince words regarding iboga’s lethality. It can be cardiotoxic for anyone, particularly those with preexisting conditions such as a weak heart or low blood pressure. I wanted the notion of death to be always present, on the backburner so to speak, as people listened to my lecture. To think twice about putting this substance in their bodies and minds until they knew more about the underlying risks and what the visionary experience could be like.

Before I delved into the experience itself, I gave a brief overview of iboga’s indigenous and Western history/mythos, botany, organic chemistry, and its adverse effects, both psychological and physiological. After that I spoke about what one can expect to experience, or its content, and how the experience unfolds, or its context. I spoke from firsthand experience and from what I’ve read in the literature. I ended the lecture explaining what basic, modern technologies I pair with the visionary experience and why; how I think we’ll eventually pair more complex technologies with visionary experiences in the future; and why I think iboga is a prime candidate for such research.

I enjoyed lecturing more than I thought I would. I think what I enjoyed most was speaking to people that were so interested in a topic that they sat through over an hour of discussion about it. My role was to give some basic information to people interested in iboga, but more generally about psychedelics and the experiences they elicit. For more information, I referred people to my podcast, Iboganautics, where I invite experts, some of them naïve about iboga too, to have roughly one-hour chats about a topic related to iboga. Additionally, I speak from personal experience with this plant and what I’ve learned after about 500 hours in that altered space thus far.

Thank you to Erlend and the Studentenes Forening for Psykedelisk Vitenskap for inviting me to speak. They are the University of Oslo student arm of the Norsk Psykedelisk Vitenskap (NPV), or Norwegian Psychedelic Science Association. I hope I gave people something to chew on regarding iboga and my future research related to pairing psychedelics with technology. Until the next time.