I’m happy to announce that my chapter, “Spiritual Realm Adaptation: Arrakeen Spice, Terrestrial Psychedelics, and Technique,” was released last month in Dune and Philosophy: Minds, Monads, and Muad’Dib by publishers Wiley-Blackwell. It was such a pleasure to think up and write out. 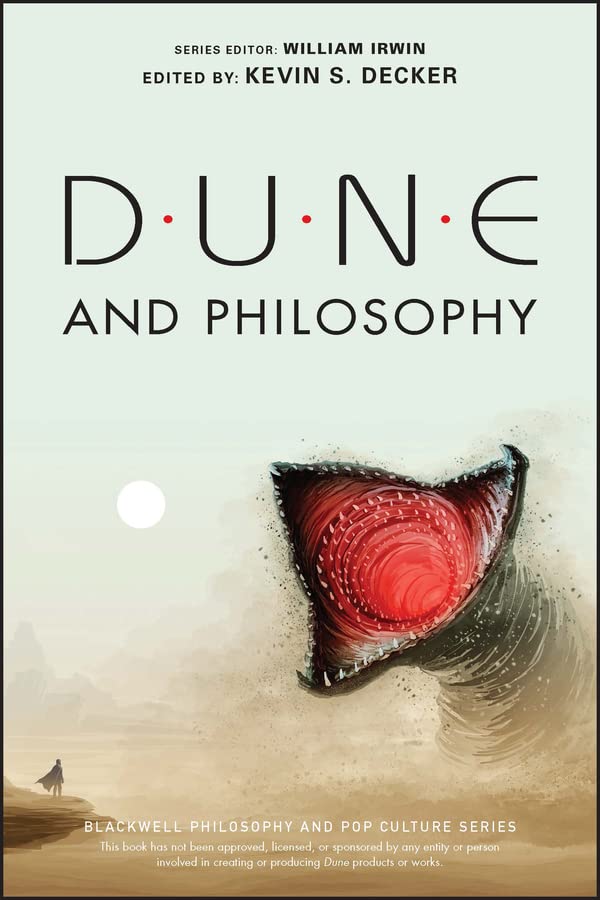 Frank Herbert’s Dune saga is my favorite fictional story of all time. It’s also my favorite science fiction story. Herbert weaves environmental, political, and religious plots, culminating around a potent visionary substance called spice, found only on one planet in the known universe. I knew I had to pause my own book’s research when I saw the call for papers for Dune and Philosophy. I felt I could contribute something from my intersectional interest of psychedelics and technology. I chose to work with Jacques Ellul’s technological determinist views.

In the Dune universe, people shunned high technology since the Butlerian Jihad because the “thinking machines” robbed human beings of the thing that made them human: a sense of sovereignty over oneself, unique moral status, etc. On the other hand, the Fremen embraced any form of technology, particularly moisture-reclaiming technology, which ultimately allowed them to survive Arrakis’s unforgiving desert environment. There’s a paradox here because technology is good or bad, relatively speaking, depending on the situation.

I piggyback on Frank Herbert’s Dune to make points that contribute to my grand vision of psychedelic technology. The Fremen discovered ways to survive Arrakis’s desert environment by inventing or accidently discovering – we must presume both – techniques and technologies related to water. I make an analogical argument pertaining to the real world, namely, that psychedelic users from traditional and modern societies have discovered and will discover better ways to survive (read: endure) spiritual or nonphysical realms to which psychedelics open one up. One of many possible ways to do this is by pairing human-made artifacts/devices/techniques/technologies with visionary states of consciousness. We should welcome and actively seek out more efficient means to process information, navigate, travel through, and communicate within these realms. An emerging technology might be around the corner that could allow us to do just that.

I’m an organizer, a planner, a dreamer. I envision how the world will be or could be and get working on creating such a world through my research. This chapter – in many ways similar to my paper called The Psychonaut’s Ship – are branches or outcroppings of my still growing tree. The tree isn’t mature yet—it has a long while to go before bearing fruit. In the meantime, I water it daily, expecting it to become something magnificent. The part and the whole, like branch and tree, are connected, each constituting the other. This chapter was fun to write as a standalone project. It’ll also be fun to see how it contributes to my grander philosophy of psychedelic technology in the coming years. I have a good idea how this will play out and am excited to reveal it to you when the time is right.

I want to thank editors Kevin S. Decker and William Irwin first for accepting my abstract and second for helping me edit my chapter. I also thank my fellow contributors who made this project a reality.